Ready to talk about your home theater and automation needs?

Proper electrical surge suppression can extend the life of your electronics

In just seconds, power surges can sneak into your home through electric, cable or telephone lines. Once inside, surges can damage, even destroy your expensive home appliances and electronic equipment. A lot has changed in the home over the last few years, and proper surge suppression is more important than ever. There are many more electronics, and even in lighting with LEDs, there is a small circuit board. Washers, dryers and appliances also have circuit boards, so there’s a lot more today to be protected in the home from power surges including lighting and the continual addition of technology.

Most people think of surges as lightning, but at least 80% of surges are transient (short, intense bursts), and we generate them ourselves. They’re internal to the home. Generators and motors like those in air conditioning units and appliances introduce small surges into a home’s electrical lines. It’s rare that one large surge will take out appliances and everything at one time but those mini-surges over the years will add up, degrade the performance of electronics and cut short their useful lifespans.

Excess voltage on the utility lines can also harm systems in the home, which is a prime reason for whole-house surge protection at the exterior electrical service panel (meter mounting location). When the utility company reapplies power to its systems, after a blackout, harmful power fluctuations, including power surges are created. A reliable whole-house surge protective device (SPDs) must be wired or attached directly to the electric service box or meter mount. 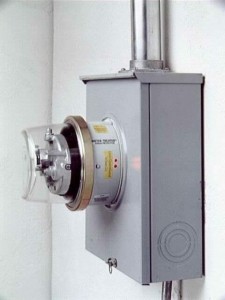 It must be emphasized there is virtually no surge protection for a direct lightning strike. If you’re concerned about this, lightning rods must be considered.
In addition to the SPD located at the electrical meter, SPDs should be installed at the circuit breaker panel for the following reasons:

An appliance or system on a dedicated circuit, like an air conditioning unit, will send the surge back through the breaker panel, where it can be shunted to protect everything else in the home. Back-up power generators can be a big problem. If they’re connected to the electrical service to provide power to many circuits in the home and turn on automatically when the power goes out, they can send power surges through the electrical lines that SPDs at the electrical panel will shunt.

Power conditioners with surge suppression capability, along with the ability to provide filtered power to audio/video equipment, are recommended for many home theater and home entertainment systems.

Every electronic system can benefit from surge protection but simply adding a surge protector with a built in Uninterrupted Power Supply (UPS) can help eliminate rebooting network dependent devices such as routers, modems, and media players like AppleTV, X-Box, Sony PlayStation PS-4 and the Blu-ray player that handles your Netflix account. When deployed properly, the batteries inside the Uninterrupted Power Supply (UPS) will allow all of your networked devices including the satellite receiver, controllers and processors, to never lose power during the small brown outs or surges from the major appliances in your home such as the washer and dryer, refrigerator and the HVAC system.

Isolated power conditioning systems should always be deployed for the best audio and video reproduction. This level of electrical filtering and protection is offered by TORUS POWER, a renowned leader in transformer design that isolates noise from your system and also delivers instant power punch when demanding current loads are present.

Torus power units provide clean power for your electronics by using a patented process called “Narrow Band Technology” that restores the electrical current feeding you equipment back to its original state with no interference from the home or any of its appliances including the HVAC system. No system is too small or large to notice the benefit of adding a Torodial Isolated Power Supply System for all your media equipment. The benefit of having power on demand that a Torus Power unit provides is increased life expectancy of your electronics by reducing heat and sound quality robbing distortion from electrical interference generated by a host of sources. 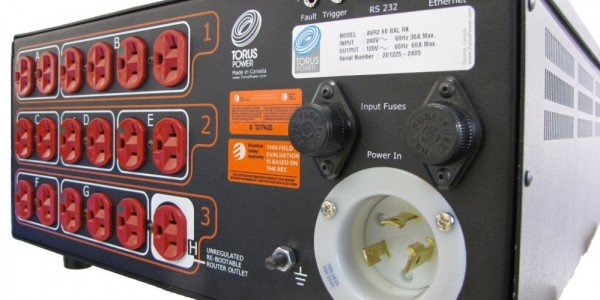 Don’t allow a power surge to ruin your expensive gear!

Contact the Phoenix Sales Team today at 901.624.0940 for more information on how your valuable electrically driven products in your home can be protected from power surges, brownouts, blackouts and varying electrical power levels.